Not all visual impairments are the same, although the umbrella term “visual impairment” may be used to describe generally the consequence of an eye condition or disorder.

The eye has different parts that work together to create our ability to see. When a part of the eye doesn’t work right or communicate well with the brain, vision is impaired.

The term “blindness” does not necessarily mean that a child cannot see anything at all. A child who is considered legally blind may very well be able to see light, shapes, colours, and objects (albeit indistinctly). Having such residual vision can be a valuable asset for the child in learning, movement, and life. 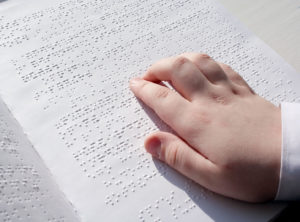