Children’s skills develop at different rates, and some children will take longer to master the basics of reading and spelling than others.

Some will experience difficulties with developing early literacy skills and there can be a number of reasons for this including, for example, early hearing or sight difficulties, slow development of speech and language skills, bilingualism, or lack of early learning experiences.

Some children will continue to have on-going and significant specific difficulties in reading and / or spelling despite having the extra support that their schools provide for them – this difficulty may come to be identified as dyslexia.

When a school feels concerned that a child is not making progress despite additional support, they may discuss their concerns with the child’s parent or carer, and with their agreement, seek a referral to an outside specialist such as EPSS.

Dyslexia is an alternative term used to refer to a pattern of learning difficulties characterized by problems with accurate or fluent word recognition, poor decoding, and poor spelling abilities,

Dyslexia is a learning difficulty that primarily affects the skills involved in accurate and fluent word reading and spelling.

Dyslexia occurs across the range of intellectual abilities.

It is best thought of as a continuum, not a distinct category, and there are no clear cut-off points.

Co-occurring difficulties may be seen in aspects of language, motor co-ordination, mental calculation, concentration and personal organisation, but these are not, by themselves, markers of dyslexia.

A good indication of the severity and persistence of dyslexic difficulties can be gained by examining how the individual responds or has responded to well founded intervention. 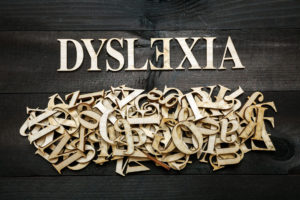 We work with schools, parents and children to identify children’s learning strengths and difficulties and help the school to design specific intervention programmes for individual children.

Learning assessments, including those relating to literacy difficulties, are undertaken by our qualified specialist teachers or educational psychologists. Based on the information gathered, our specialists will work with the school, parents/carers and the child or young person to identify areas of strength and barriers to progress, and advise on interventions that will support the pupil’s literacy skills development.

Following investigation, support and monitoring over time, a young person may be identified as experiencing the specific learning difficulty (dyslexia).

We believe that any assessment should lead to specific advice to support an improvement in the child’s learning and confidence. Identification of dyslexia can help towards a greater understanding of why a pupil is finding it so hard to master what appears to be simple to their classmates. Dyslexia friendly teaching, interventions, and strategies tailored to pupils’ individual needs will support them to make the best progress possible.

As well as providing assessment, identification and advice, we can train school staff in dyslexia specific issues or lead specific literacy interventions.